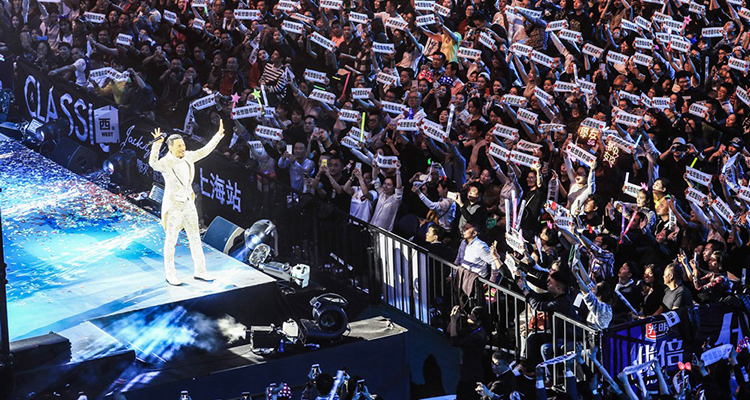 Live Nation is thrilled to announce that pop princeTroye Sivan is returningto China with his “The Bloom Tour” and is set to perform at Mercedes-Benz Arena, Shanghai on Nov.27th,following the release of his critically acclaimed sophomore album “Bloom” and his successful live show in Shanghai on April 22ndthis year.

Troye Sivan’s debut headline show in Shanghai at Mercedes-Benz Arena on April 22nd was a resounding success. Tickets were sold outimmediately in a few minutes. Fans who couldn’t get tickets kept demanding for extra dates. Now it’s official that he will be back with his exuberant live show to more fans in China!

Tickets price at 380/680/880/1080/1480will be available for public purchase via Damaion Sep 30 at 11 am. Card Members of American Express®, the tour’s exclusive presale partner, can purchase tickets before the general public beginning on Sep 26 at 11 am throughSep 29 at 11 am.Live Nation pre-sale starts on Sep 29 at 11 am throughSep 30 at 11 am. For details please visit Live Nation and American Express®WeChat and Weibo.

Born in Johannesburg, South Africa in 1995, Troye Sivan was a celebrated child star in his adopted hometown of Perth, Australia. Home-schooled, Troye began singing and acting at a young age, but his biggest break came when he appeared as a young Wolverine in 2009's X-Men Origins: Wolverine.
As a child of the digital age, Troye launched his YouTube channel with videos of musical performances, originals and cover songs and later began to upload weekly video blogs documenting the minutia of his teenage life in Perth which quickly garnered a loyal international audience.

His debut album, 2015's Blue Neighbourhood, introduced him to the pop mainstream, landing in the Billboard Top Ten with the singles "Wild" and "Youth." In early 2018, he issued the single "My MyMy!", which soon went platinum in Australia and entered the U.S. Top 100. Additional singles "Bloom" and the Ariana Grande-assisted "Dance to This" followed.